apanese architect Kengo Kuma has built a showroom and production facility for a Japanese furniture manufacturer, which features both translucent undulating walls and a simple rectangular roof.

The second project unveiled this week by Kengo Kuma and Associates, the building was designed for manufacturer Sogokagu, which specialises in products made from moulded urethane – a type of plastic foam.

Named Sogokagu Design Lab, the building is located in Mie Prefecture, and contains both a showroom and manufacturing spaces across its two levels. Its plan is broken into two parts, providing an access route through the centre of the site, but both sides are connected by the large corrugated steel roof. 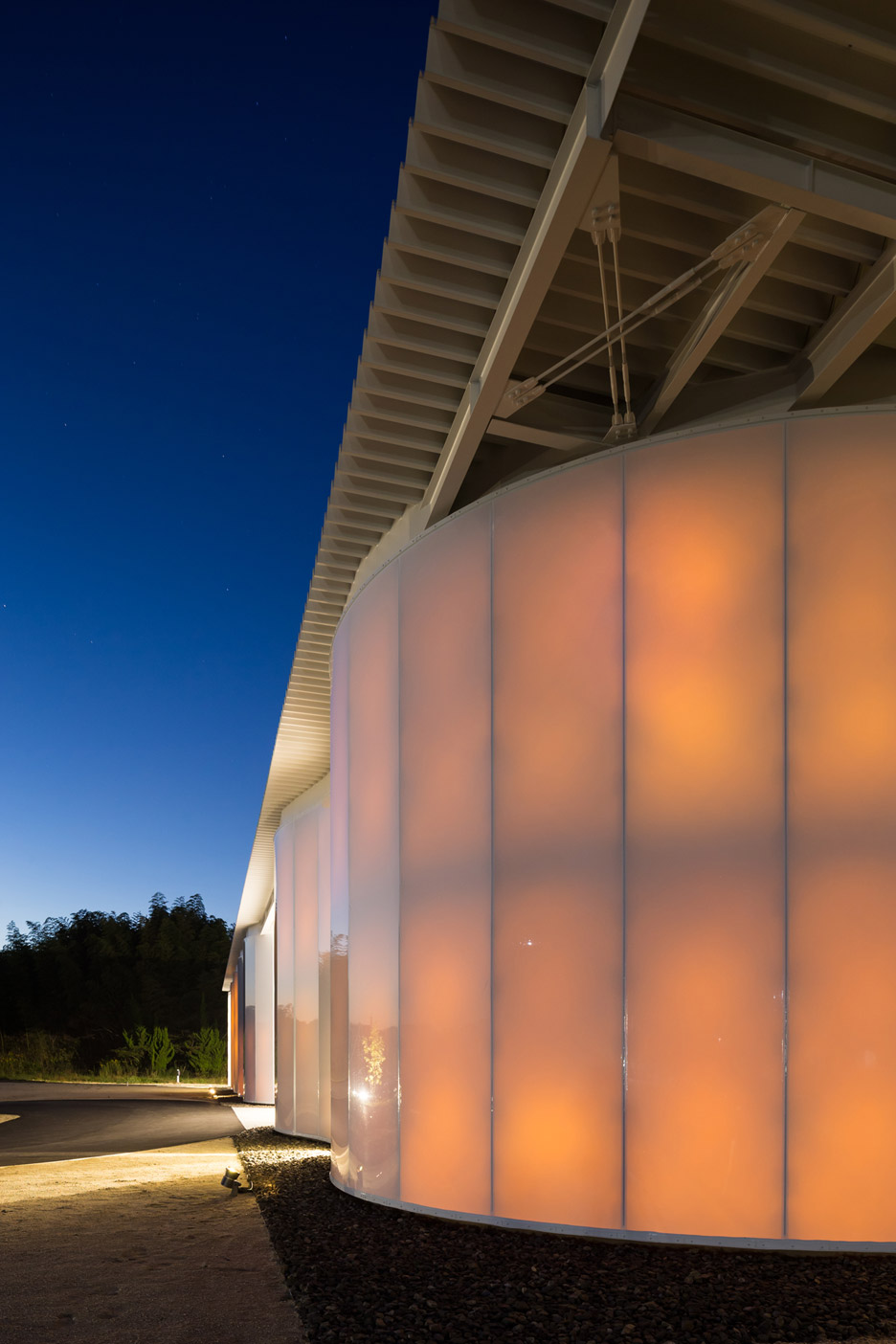 Panels of ETFE plastic were moulded to create the wavy outer facade, referencing the building’s use.

ETFE is more commonly chosen as a roofing material for its heat and corrosion resistance. Danish firm  in Aarhus, and last year’s Serpentine Gallery Pavilion by SalgasCano was constructed from coloured layers of the material.

Transparent PVC plastic and mesh were applied to the inner wall of the building, and sandwiched between the two layers of plastic is a steel structure that acts like a skeleton.

Kuma’s firm used the same technique to create a polycarbonate-clad house, which is insulated against the cold weather with recycled plastic bottles. 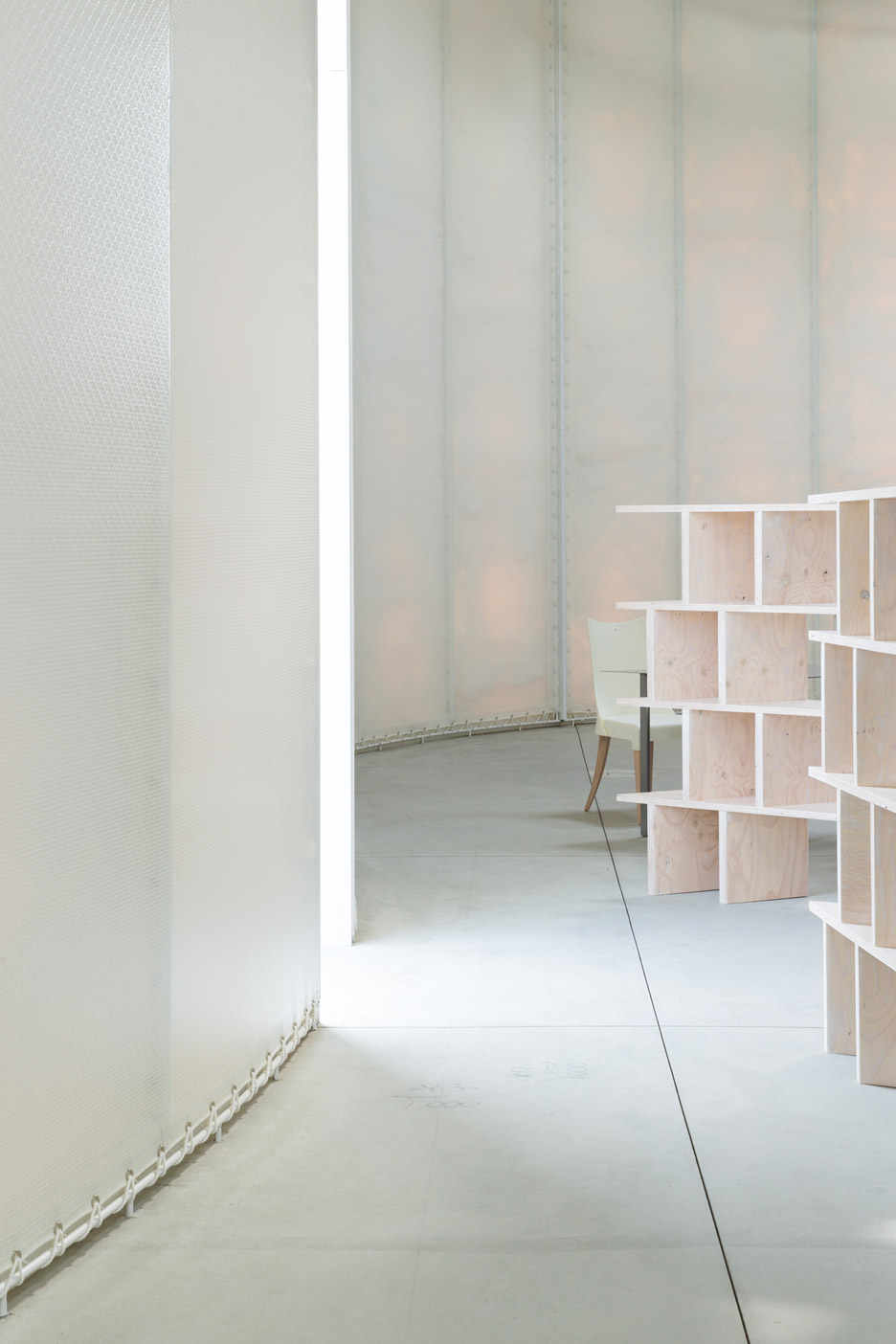 “The company is strong in the moulding of urethane. In order to respect their merit, we put up a soft structure in which urethane came at the centre,” explained the team.

Related story: Kengo Kuma replaces the walls of a Beijing tea house with a grid of translucent blocks

“First, we wrapped the steel structure with urethane foam and covered both sides with two membranes, which came from an idea of forming a soft and multilayered exterior like an animal skin,” it continued. 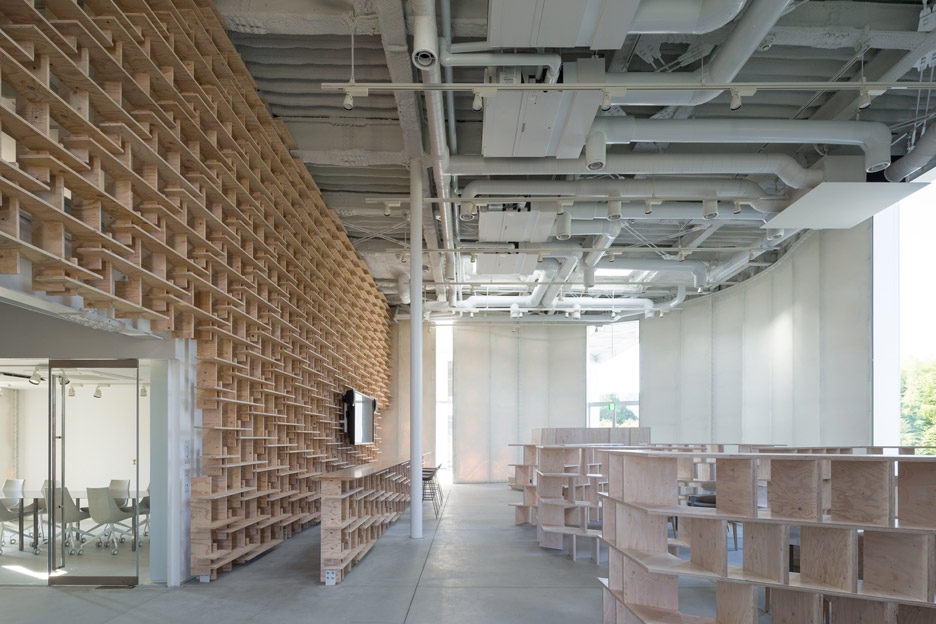 Inside, a latticed wall made from pieces of 25-millimetre-thick plywood is intended to “express a blurred space like a fractus cloud”. Overhead, the steel-framed ceiling is covered in a network of pipes.

“For the main structure of steel, we sought a robustness of a living creature, which came into being as a mesh-shaped structural system based on a latticed combination of small parts,” said Kuma’s team. 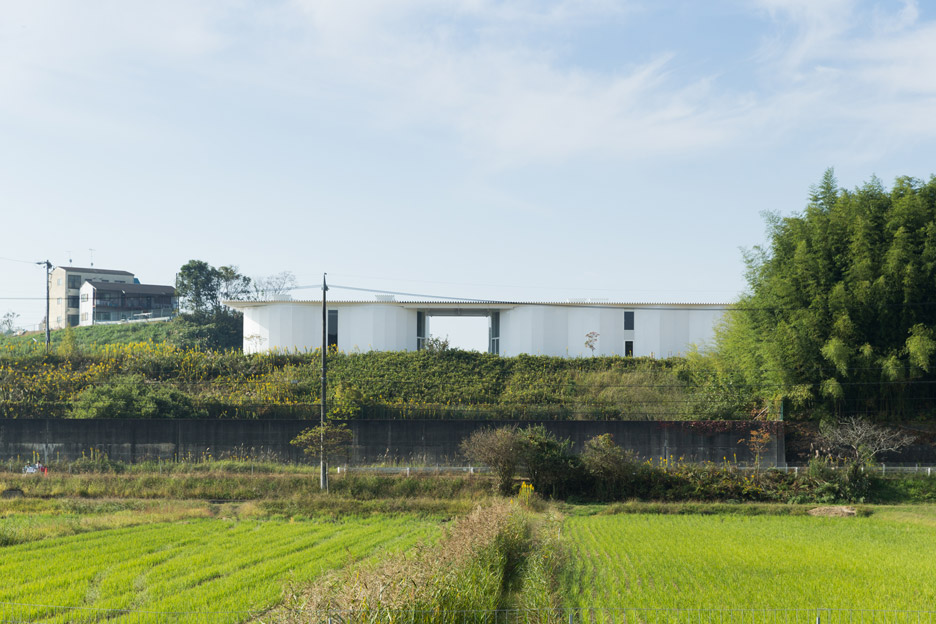 Lattice is a commonly used form in Kengo Kuma’s oeuvre, and features in his design for the Tokyo Olympic stadium – which replaced the Zaha Hadid-designed scheme in December 2015. Other examples include aStarbucks coffee shop with a latticed interior and the basket-like structure that surrounds the firm’s pineapple cake shop in Tokyo.

Sogokagu Design Lab is the second project revealed this week by the firm, following an “amoeba-shaped” art centre in China.