All tires are round and black, but occasionally one rises from anonymity to become a rock star. Pirelli’s superstar is the P Zero. Like Mick Jagger, this tire has been a memorable performer for ages. To celebrate its 30th birthday, the world’s fifth-largest tire maker recently began fitting supercars such asFerrari’s F12tdf with the latest generation of P Zero tire.

To showcase its star, Pirelli hosted more than 100 journalists and five additional waves of swell folks at a party in Portugal dubbed “302.” With the aid of shrieking supercars, highly choreographed dancers, and an Oscar-worthy industrial video, Pirelli announced the significance of the 302 name: a 30-year life span and ‘2’ times the horsepower delivered by today’s supercars compared with the first model to be fitted with P Zeros. For good measure, the number 3 has another meaning: This new tire now serves three distinct applications—high-performance sedans, super sports cars, and dedicated track cars. 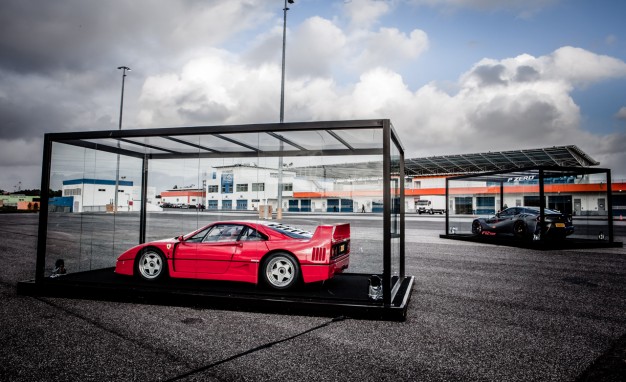 Versus the tire it supersedes, the new P Zero brings five technical strides to the party:

Hot laps around Estoril’s grand prix course and sightseeing trips on entertaining back roads west of Lisbon provided a few opportunities to gather some P Zero initial impressions. Keeping up with pro drivers tracking the ideal line around tight corners revealed that even supercars such as the Mercedes-AMG GT are not exempt from occasional bouts of grinding understeer. When these tires were hammered with the full fury of a Lamborghini Huracán’s potent V-10, they took their tail slides in stride, responding smartly to appropriate throttle and steering-wheel course corrections. Through the mountain passes, a Tesla Model S shod with P Zeros was a model of exemplary behavior with no tread noise or ride rudeness denting its poise. 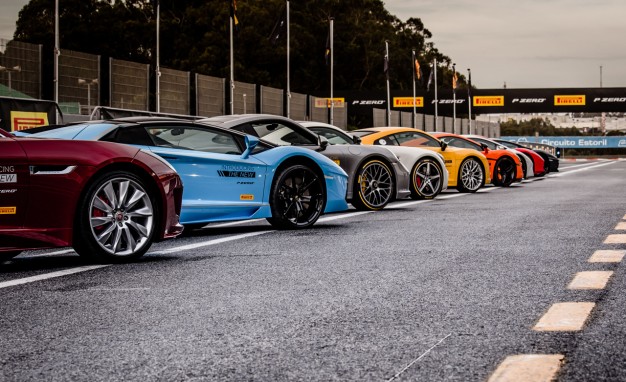 During the past three decades, Pirelli has collaborated with carmakers on more than 1000 P Zero applications. Half of the world’s high-performance models currently fit this tire. The new P Zero’s expanded versatility—deeper shoulder grooves for sports sedans, minimal tread sculpture for sports cars, and nearly slick treads for track use—should give this tire all the traction it will need to maintain its status as the tire world’s rock star.

1986: Moving beyond its success with the P7, the first low-profile performance radial, Pirelli engineers tapped their Formula 1 experience to supply tires for the fierce Lancia Delta S4 Group B rally car which had a bad habit of spitting chunks of tread rubber from all four corners. The solution was the first P Zero with a name drawn at random to describe a competition tire for the 1986 season with one of the first asymmetric tread designs: sculpted blocks for wet traction, an intermediate center section, and a band of slick rubber for dry-pavement adhesion.

1987: The first P Zero for road came fitted to Ferrari’s legendary F40. Asymmetric tread designs for wet and dry traction were drawn directly from the previous season’s rally experience. New features were a Z speed rating to support the F40’s 199-mph maximum velocity, staggered section widths with 35 and 40 aspect ratios, and 17-inch rim diameters. In our F40 introductory story, we noted that Indy race tires of the day were only one inch wider.

1988–1992: When the Lamborghini Diablo fought the Ferrari 512 for supercar supremacy, Pirelli’s P Zero was the common thread between the two rivals. Adding one or two inches to the rim diameter provided additional room for brake and shock absorber components. By 1992, Ferrari had spread P Zeros throughout its range.

2010: Aston Martin, Lamborghini, Ferrari, Pagani, Porsche, and Maserati all adopted P Zero Corsa designs to provide customers with one tire suitable for both road and track use. A new P Zero Trofeo specification shifted the emphasis toward track lapping.

2015: ChemChina purchased a two-thirds share of Pirelli for approximately $8 billion. This new partner should be an excellent source for the resources and global market leverage Pirelli will need to maintain its position at the top of the prestige tire market.